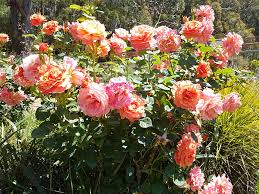 Bring along: Excess fruit, and veg, jam and preserves, plants, gardening books and magazines, eggs, herbs, flowers, nuts and any other produce.

Amidst the towering Mountain Ash forests of the Kinglake Ranges in Victoria, sit the two small conjoined communities of Toolangi & Castella.  In 2009, the Black Saturday Bush Fires swept unrelentingly across this mountainside, with many properties and lives lost.  But amid this devastation and loss the resilience of a united community shone through. And so three years later, on a perfect late spring morning in November, locals and guests gathered to celebrate the opening of not one, but four separate community driven projects that are all testimony to the strength and passion of the people of this district for their mountain home.

The new recreation reserve at Castella Central Park, the delightfully meandering Tall Trees Trail and the refurbished Toolangi Castella District Community House were all proudly shown to guests and visitors alike.  The fourth project to be launched on the day is the newly created Toolangi & Castella Community Garden.  This garden has been created by the people of Toolangi & Castella with practical assistance from Sustainable Gardening Australia and funding from the Helen Macpherson Smith Trust.

The garden has been built on a disused tennis court at the back of the CJ Dennis Reserve in Toolangi. The garden design is based on a concept by Frances Saunders and developed by local designer and garden facilitator Tabitha Barclay.  The winding paths amongst the mounded garden beds are representative of the journey through the mountains to get to Toolangi. The top end of the garden is planted with native and indigenous plants that are sympathetic to the surrounding forest. Fallen logs are used in this space to provide shelter and habitat for lizards, skinks and insects but also are reflective of fallen trees on the forest floor.

Winding paths through the garden lead you to the raised garden beds of many differing heights to allow for growing and sharing of garden produce.  The garden’s poly tunnel will help extend the growing season in a climate that has long and cold winters.  Plants can be grown under cover when the temperatures outside would make this impossible.  It will also provide opportunities to grow plants from seed collected in the garden, which can be sold at regular plant sales to raise funds for the garden.

Recycling has been a key element in the building of this garden.  Many of the materials are reused, recycled, rescued, donated or second hand.  Some of the beautiful timber pieces are particularly emotive as they have been skilfully crafted by local Jack Walhout from bushfire salvage timbers.  The rustic garden arbours have been created from the posts that were used to hold the old tennis court fencing.  And the small circular amphitheatre has been created from rocks excavated and donated by a Fern Tree Gully resident when building his home.  Additional rocks have been used to create the beautiful dry creek bed that forms a central part of the garden.

The Toolangi & Castella Community Garden just oozes personality.  But more than that it is already a unique and treasured place for these two small communities.  A place to meet, to learn, to have fun and to share in the enjoyment of gardening with a deep appreciation for sustainability and this magnificent mountain environment.