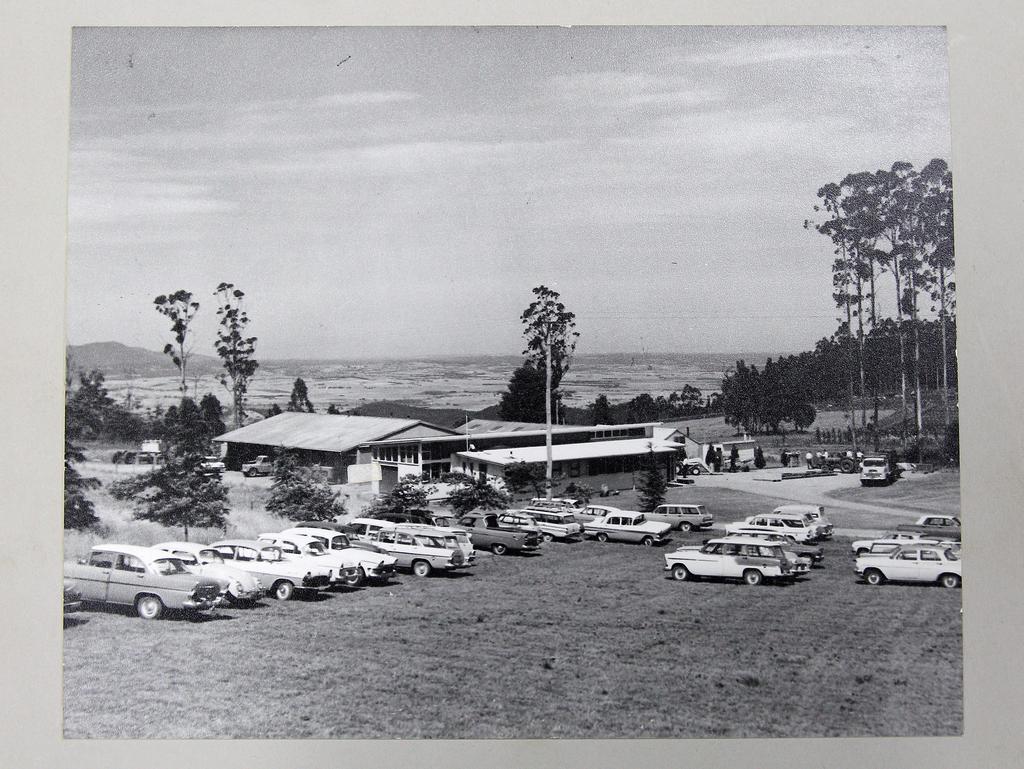 Potatoes have a long history in the Toolangi area. In 1899, a newspaper article records white elephant potatoes yielding 10 tons per acre. However, by the mid 1930’s, yields in Victoria’s main production areas had declined to as low as 3 tons per acre, due to progressive degeneration. It became obvious that if this industry was to survive in Victoria, research into new varieties suited to local conditions and resistant to virus disease would need to be found.

Toolangi was selected for a research station as it contained the deep friable red-brown soil and climate similar to the prime Kinglake potato growing area. Also, there were large, free areas of previously virgin forests, burnt in the 1939 fires, which would require minimal clearing of potato viruses. In 1945, the Forests Commission provided 235 acres on the Myers Creek Road.

The initial plan was for a 5 year crop rotation on 10 acre paddocks with the land being used for grazing during the intervening 4 years. This enabled a measure of control over crops and diseases. For pasture, the acid soils (pH 5.2) high in oxides of iron and aluminium, responded to lime coated inoculated clover seed.

Adhoc buildings were erected on the site up until 1963 when the new administration block, comprising offices, laboratory, grading room, toilet and store rooms were opened. They were refurbished 30 years later in 1993, when the Toolangi Operation was incorporated into the Institute of Horticultural Development at Knoxfield.

Research on the property continues into all aspects of potato growing and trials are conducted throughout Victoria by Toolangi staff. Issues such as seed varieties, cultivation methods, soil treatment, fertilisers, disease control, yield improvement and cool-storing are addressed.

The Station became involved in research to improve strawberry production during the 1950’s, and was instrumental in establishing the certified strawberry runner growers’ scheme, and also the raspberry and rubis fruit scheme.