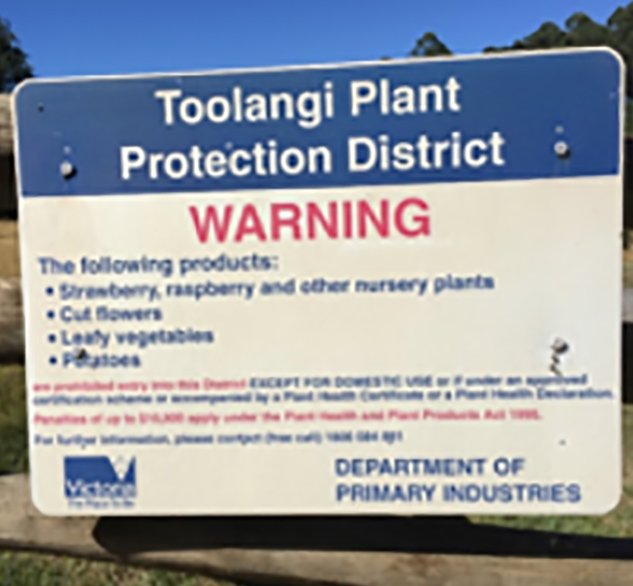 In the early 1950’s the Victorian strawberry fruit growers were keen to improve their industry. Lionel Stubbs a Senior Plant Pathologist at the Burnley Research Institute identified diseases adversely affecting strawberry production in Victoria and the imported disease-free stock from USA and UK. The industry became convinced of the need to separate berry growing and runner production so that runners could be sprayed against aphids.

Toolangi was selected as the location for the runner production program on the basis of the initial research undertaken at the Potato Research Station, the soil, the climate and the physical isolation. The cool Toolangi temperatures and the autumn frosts serve to harden the developing plants.

Until 1995 it was a government controlled scheme but it is now firmly industry based and is known as the Toolangi Strawberry Runner Growers’ Cooperative. There are 15 growers in the Co-op employing some 40 part time workers. The Co-op is the only one of its type in Australia. The Toolangi area was proclaimed as a strawberry protection zone in 1964 under the Vegetation & Vine Diseases Act of 1958.

In 1985 the Australian licence was acquired for the world renowned University of California strawberry varieties and new strains. Today the Co-op produces 35 million plants which represent 95% of the Australian market at a value of some $8 million.