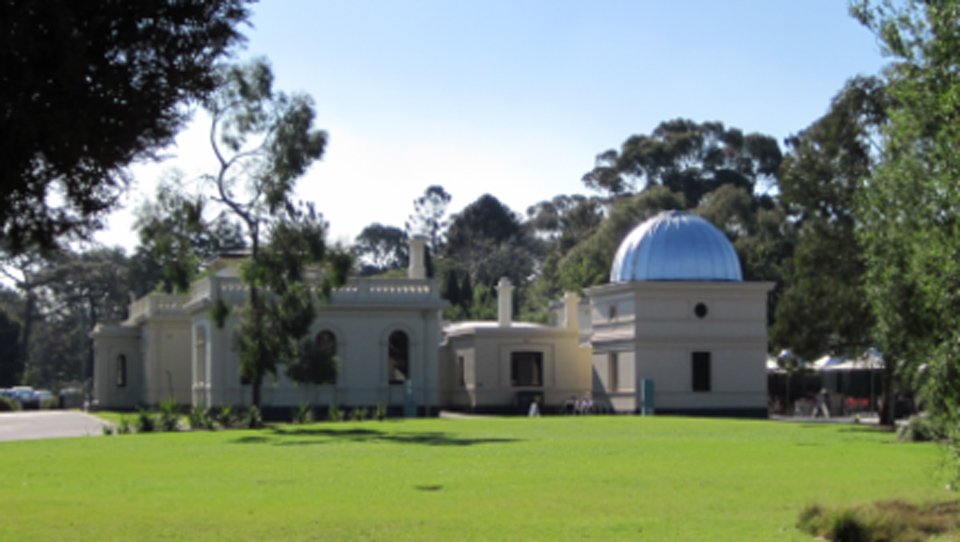 The Melbourne Observatory at the Royal Botanic Gardens, South Yarra (no photo could be sourced of the Toolangi Observatory)

During 1861-63 a magnetic observatory was established in Melbourne near the Botanical Gardens to measure terrestrial magnetism and solar phenomena. By 1919 it was necessary to move this to a more isolated site because of electrical interference from the likes of trams, etc. Toolangi was chosen by the State Government and a building was located on a rise north of what is now the junction of Chum Creek and Myers Creek Roads. It was, and still is, adjacent to land owned by the Biggs family.

In 1945 the Commonwealth Government assumed control and data was forwarded to the Bureau of Mineral Resources in Melbourne. Ron Biggs became the custodian/operator in 1952, changing the recording paper each morning to correspond with Greenwich Mean Time, and forwarding-on the data. The original building was destroyed in the 1939 fires and replaced by an underground vault. Further buildings were erected in the late 1950’s and still remain on the site. These enabled geophysicists to travel from Melbourne once a week to take magnetic readings until the program ceased in 1987 when a new station was established near Canberra.

The government decided to establish a seismic station in 1962 and a site on Blue Range beyond the Potato Research Station was chosen. Power from Healesville went as far as the Research Station at that time, as did the access road. Up until 1987 it was Ron Biggs’ job to develop the photo sensitive paper and send it to Melbourne. Then the station was computerised and the data automatically transmitted to Geoscience Australia in Canberra. However, this method is not foolproof and after a power blackout, Ron can expect a phone call from Canberra because the station is off line.

During the 1960’s/1970’s there were only 3 seismic recording stations in Australia area – today there are over 30.