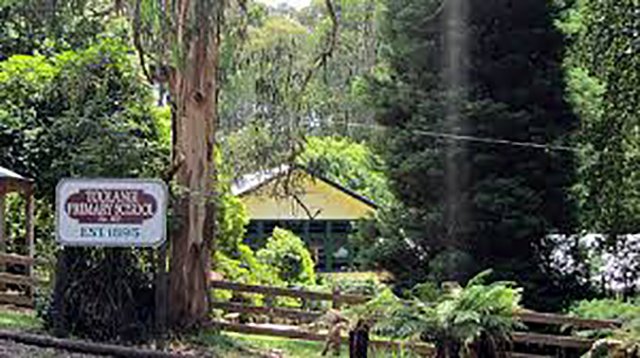 On 16 July 1895 the school opened with 7 or 8 students.
Around 1906 a new school building was erected in Toolangi which doubled as a public hall with the original paling building being kept as a shelter shed. 1911 saw the arrival of the 20 year old Florence Mitchell as the teacher. A strong friendship developed with C J Dennis which it is said inspired him to write “The Village School House”. By 1920 only 5 students remained and the school was closed only to reopen in 1921 on a shared basis with the Granton Mill School until 1927.

In 1942 a new school was commissioned and the old building moved to a separate site as a community hall. The original paling shed was renovated and continued to be used until demolished in 1991.